The world’s top esports teams, such as Cloud9, Fnatic, NAVI, Ninjas in Pyjamas, NRG, SK Gaming, T1, and Team Liquid, have lent their brands’ likeness to create a truly unique web3 experience in Guild of Guardians

SYDNEY, Jan. 18, 2023 /PRNewswire/ — Guild of Guardians (GOG), a mobile squad-based action RPG game published by Immutable Games Studio, have announced the next step in their partnership with the world’s leading esports organizations, including NAVI, T1, NRG, and others, which will introduce 16 exclusive esports-themed Guardians to the game.

“This is a one-of-a-kind partnership that brings together the top esports teams and their fans from around the world, and introduces them to the Guild of Guardians ecosystem to players in an intimate and seamless way,” said Chief Studio Officer for Immutable Games Studio, Justin Hulog. “By leveraging web3-native gameplay mechanics and technology, we can offer fans a different way to engage with their favorite teams, thanks to the utility and digital ownership rights provided by these next-gen collectibles.”

Each of GOG’s eight partner esports teams — Cloud9, Fnatic, NAVI, Ninjas in Pyjamas, NRG, SK Gaming, T1, and Team Liquid — will be represented by two different in-game Guardians, obtainable in the form of non-fungible tokens (NFTs), amounting to 16 in total. Eight of the new collectibles will be available for purchase exclusively while another eight Guardians will be available by playing the game.

“It’s exciting to have some of the most renowned esports brands deeply integrated into a game like Guild of Guardians. This offers a great opportunity by enabling closer interactions between fans and teams, and we can’t wait to see more possibilities like this emerge in the future,” noted Pietro Fringuelli, chairman of the executive board of The World Esports Association (WESA).

Bo Kryne, VP of Product at Team Liquid said: “There are two factors that convince us Guild of Guardians is the right opportunity for Team Liquid. The ecosystem health of IMX creates the conditions for a long and meaningful partnership for us – something that Liquid is very keen on as we only believe in projects that offer lasting value for their users.

The second factor is the approach to the development of GOG – ultimately what we are endorsing and promoting to our audience is a game title that puts gameplay and quality of the product first. Team Liquid is not interested in participating in speculative crypto projects that impersonate as video games, only to extract resources from their player base and benefit a small group of token holders. We are happy to see that Guild of Guardians is developed as a high quality game first and foremost and ultimately that is the main reason for us entering this partnership.”

Starting on February 8, 2023 at 6:00pm US EST, players will be able to buy special “summons” to receive a random tradeable Guardian of Legendary rarity that is a part of the special Early Adopters collection. Each of these summons — 16,000 in total — will be available for purchase until February 15 at 8:00pm US EST or as long as supply lasts. Guardians will be playable in Guild of Guardians after the Alpha release.

Another eight digital collectible characters modeled after the partner teams will be earnable by playing the game and won’t ever be available for sale.

The new Guardians will offer owners a wide range of utility with both in-game and out-of-game benefits, from playable, in-game experiences to early access to leaderboards and token rewards and generous prize pools, which will be rolled out in a series of phases.

Announced last fall, the partnership signifies the largest web3 partnership within the esports community to date. Esports continues to increase in popularity with a projected revenue of $1 billion USD for the first time in 2022 and an estimated 29.6 million monthly viewers, an 11.5 percent increase from 2021.

For more information on Guild of Guardians please visit: https://www.guildofguardians.com/

About Guild of Guardians

Guild of Guardians is a mobile RPG where players summon guardians, join a guild, and defend Elderym in this revolutionary fantasy game. High-quality gameplay, graphics, mechanics, and a sustainable rewards system alongside an active, contributing community makes Guild of Guardians one of the most highly anticipated web3 games since its development began in March 2021. Today, GOG has over 1 million pre-registrations, with Android and iOS releases coming later this year. For more information visit: https://www.guildofguardians.com/

Immutable Games Studio is part of The Immutable Group, a global blockchain technology company advancing the next generation of web3 gaming and bringing asset ownership to millions through the power of immutable NFTs.

Founded in 2016, The World Esports Association (WESA) is the result of joint efforts between industry-leading professional esports teams and ESL, an ESL FACEIT Group brand. Similar to traditional sports associations, WESA is an open and inclusive organization that will further professionalize esports by introducing elements of player representation, standardized regulations, and revenue shares for teams. WESA serves as a single point of contact for publishers to support and amplify the sustainable growth of esports.

Founded in 2013, Cloud9 has grown to become one of the most recognizable esports organizations in the world. With championships industry-wide, unmatched viewership hours, and extensive benefits packages for players and staff, Cloud9 prides itself on being the best in all categories. At this time, Cloud9 fields professional teams in League of Legends, VALORANT, CS:GO, Overwatch, Super Smash Bros. Melee, and Teamfight Tactics. To find more information about Cloud9, visit https://www.cloud9.gg.

Fnatic is a global Esports performance brand headquartered in London. It is laser-focused on leveling up gamers, thanks to its digital ecosystem and physical products. Founded in 2004 by Sam Mathews, Fnatic teams have since claimed more than 200 championships across 30 different games and are one of the most successful esports brands of all time. Beyond winning prestigious championships, Fnatic’s mission is to be the flagship brand for performance. Fnatic is the channel through which the most forward-thinking brands communicate with Gen-Z and Millenials. It delivers industry-leading content, experiences and activations through its offices and facilities in cities between London and Tokyo. For more information, visit Fnatic.com.

NAVI (Natus Vincere) is one of the leading esports clubs in the world, founded on December 17th, 2009, in Kyiv. During its long history, the club has represented 24 disciplines and won over $18,000,000 in prize money. NAVI became champions of The International in 2011, the major-tournament PGL Major Stockholm 2021, and has won over 100 gold medals across over 250 championships. NAVI has gained more than 17M fans on social media and YouTube. In 2020 and 2021, the club became the world’s second most-watched esport organization.

About Ninjas in Pyjamas:

Ninjas in Pyjamas is one of the most global esports organizations in the world with esports operations across the strongest gaming regions, including the Americas, Europe, and Asia. Born in 2000, we have pioneered the esports scene since its inception. We earned our stripes by competing at the very top level across almost a dozen game titles and we never lose — we only win or learn. Our vision is to bring gaming culture to a world without boundaries.

NRG is a professional gaming and entertainment company headquartered in Los Angeles, California. Founded in 2016, NRG has embodied competitive esports excellence and the best of gaming culture over the last half-decade. Known for championship teams and innovative gaming lifestyle content, NRG is one of the most-watched organizations in the world on Twitch and YouTube, and the most watched org across platforms in North America for 2021.

For all those who are passionate about gaming, SK Gaming offers an inspirational approach and one clear vision: Anyone, and really anyone, can achieve anything in life. Starting out as “Schroet Kommando” in 1997, the company has pioneered the esports industry with numerous innovations and created iconic legends like the famed Swedish Counter-Strike team, Quake superstar rapha, the FIFA twins, its long-standing Warcraft III division, the Brazilian Global Offensive heroes or the Clash Royale GOAT Morten. More than 75 major championship titles across many disciplines are part of the company’s success story.

As a first-mover, values like dedication, endurance, team spirit and hard work are at the center of SK Gaming’s brand promise. Likewise, having fun, making friends and challenging each other are vital to the company’s approach. SK Gaming puts a strong focus on being open to change, on having aspirations in life and on supporting each other. And on striving for excellence. Always.

Team Liquid was founded in 2000 in the Netherlands and has evolved into one of the leading international multigame esports teams with training centers in Utrecht, São Paulo, Brazil and Los Angeles, California. Team Liquid has over 120 athletes competing across 16 distinct games, including all major esports titles, such as VALORANT, Rocket League, DOTA 2, League of Legends, CS:GO, Fortnite, Rainbow 6: Siege, and more. Led by Co-CEOs Steve Arhancet and Victor Goossens, Team Liquid is the most successful esports team in the Western market in terms of competitive achievement and fan engagement across multiple games. 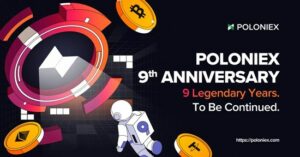 LONDON, Jan. 30, 2023 /PRNewswire/ -- idexo is pleased to announce the release of a new OpenAI integration through its...

This news release constitutes "a designated news release" for the purposes of the Company's prospectus supplement dated December 23, 2022...