Tbilisi, Georgia–(Newsfile Corp. – January 2, 2023) – Unmanned Aerial Vehicles manufacturer Missiya will launch M-22Q1 Zakal in January 2023, a next-generation drone that can carry up to 6 kilograms of payload, fly in almost any weather conditions to a distance of 30-40 kilometers, and stay in the air between 45-60 mins. The large quadcopter can reach speeds of 70kph and beyond if restrictions are removed. The drone has several 360-degree onboard sensors that prevent it from hitting obstacles.

In addition, various professional cameras – high zoom camera, thermal imaging camera, laser range finder, GPS coordinate resolver, and much more – can be attached to the drone’s universal attachment point. The drone is also foldable for portability and will get the 4G/LTE cloud feature enabled in mid-2023.

Missiya drones have been used for firefighting operations in urban areas and forests. The drones can offer essential air support to help spot and ultimately prevent fires while coordinating with firefighting response teams. They can also aid rescue operations with their special high zoom, thermal, and night vision cameras.

The M-22Q1 Zakal is the latest, most advanced addition to the roster of Missiya’s “super drones.” The company is offering the use of M-22Q1 Zakal to private enterprises dealing with energy, security, construction, agriculture, forestry, mining, and insurance. These industries will benefit the most from the M-22Q1 Zakal’s inspection capabilities with its specialised cameras and sensors. As seen above in the photo in this article, the M-22Q1 Zakal is conducting an inspection on a hydroelectric dam using a high-resolution and high-zoom camera. For instance, using another example, a gas company with many miles of gas pipelines must regularly inspect them for damages and leaks. The M-22Q1 Zakal can be equipped with a special gas-detecting sensor that checks for gas leaks much faster, safer, and cheaper than a conventional method.

Missiya is a manufacturer of next-generation state-of-the-art unmanned aerial vehicle (UAV) systems, also known as drones. These drones are aimed at various commercial industries as well as governments.

To view the source version of this press release, please visit https://www.newsfilecorp.com/release/150030 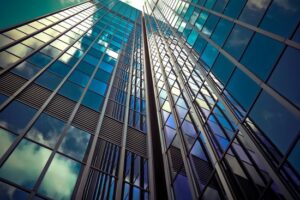 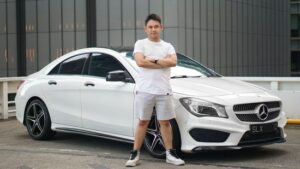 Next post DTC Brand Consultancy Firm, 10X Ecommerce Has Generated over $57 Million in Sales for over 300 Brands

As a premier provider of cryptocurrency-backed loans, the conversion strengthens SALT Lending’s balance sheet in order to support growth in...

Cocky is a new terrific addition to the crypto sphere that offers multi-utility NFTs, holders of which may enjoy countless...

Welcome to SOLMOON! SOLMOON a brand new project trading on BSC (Binance SmartChain). The token aims to be the next...