Stratum V2 brings much needed improvements to the Proof-of-Work coordination layer that connects the miner and the pool, providing greater levels of efficiency, security and decentralization. By changing the default messaging to binary rather than JSON and adding encryption, Stratum V2 materially improves the communication between miner and pool over the existing Stratum protocol.

While these are major improvements in their own right, the developer will use the funds to focus on the implementation of the Job Negotiation Protocol in Stratum V2. Job Negotiation is a Stratum sub-protocol that allows miners to construct their own block templates and will further improve the censorship resistance of Bitcoin by decentralizing block template creation.

In addition to the BTC grant, Foundry will connect the developer and Stratum V2 team with the Foundry USA Pool team as well as offer access to bitcoin ASICs and hashrate for testing purposes.

“The bitcoin mining industry has evolved rapidly in the past two years, while the underlying protocol that coordinates the miner and the pool has stayed stagnant,” Jay Beddict, VP of Research at Foundry, said. “Foundry views Stratum V2 as a major improvement to the current Stratum protocol and is aligned with our mission of empowering decentralized infrastructure. The Job Negotiation Protocol specifically is critical to the further decentralization of the mining industry and the hardening of Bitcoin’s censorship resistance. We look forward to the developments in this space and are proud to support the open-source community.”

4ss0 added: “The Job Negotiator implementation will increase the decentralization of pool mining, enabling miners to mine their chosen transactions while preventing the censorship of transaction propagation by pools. This will further allow people around the world to benefit from Bitcoin’s borderless freedom.”

While commonly associated with bitcoin mining, the Stratum protocol is also the standard for communication between miners and pools of other proof of work digital assets, like Ethereum, Zcash, and Monero. Work on open-source Stratum V2 reference implementations could filter down to other protocols and increase efficiency, security, and decentralization across the industry.

The grant will be disbursed over the course of the developer’s work on the project.

A subsidiary of Digital Currency Group, Foundry was created to meet the institutional demand for better capital access, efficiency and transparency in the digital asset mining and staking industry. With the mission of empowering decentralized infrastructure for a digital world, Foundry provides the North American digital asset ecosystem with capital and intelligence. Foundry is based in Rochester, NY. For more information, please visit www.foundrydigital.com 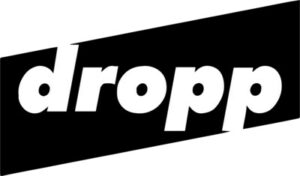 To build the optimal investment portfolio across a world of opportunities within the global digital asset ecosystem.Glasgow, Scotland, Aug. 13,...

GemDAO is developed with team's desire to build an ecosystem to help the GemDAO's community easily evaluating, accessing, and investing...