The 10-track album is a mix of instrumentals and hip hop, with radio edited versions and theatrical versions of songs relating to the Black Knight Satellite – Beyond the Signal documentary.

WESTON, Fla., June 08, 2022 (GLOBE NEWSWIRE) — 4biddenknowledge Inc. recently had a red-carpet movie premiere of the documentary “Black Knight Satellite- Beyond the Signal” written, directed, and produced by Billy Carson and Melissa Tittl of Hathor Studios. The documentary is now available exclusively on the 4biddenknowldge TV platform for a limited period.

4biddenknowkedge TV is a television service available for streaming via Apple TV/App Store, Roku, Amazon, Google Play, as well as directly from its website. 4BiddenKnowledge TV provides educational and informational content in the fields of ancient civilizations, esoteric wisdom, metaphysics, quantum physics, spirituality, health and wellness, financial literacy, and inspiration. 4biddenknowledge owns and operates a book publishing company, their own social media platform, UniteThe99, with a premium dating group “Date Conscious” nested within the platform, and recently released their own cryptocurrency, the 4bidden Coin. Earlier this year, they released the first NFT “Thoth” in a series of NFTs titled “Pantheon of the Gods”. 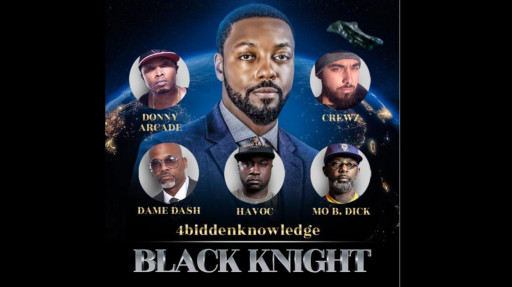 As a new player in the DeFi market, Tenace has a clear vision for its future. Sustainability, security, speed, and...