Just a few minutes after recently launching, the limited-edition AstroGator: REBORN NFTs had already sold out.

GAME HOURS believes that the real story behind this quick sell-out is actually the potential growing value of non-fungible tokens (NFTs). Characterized by the decentralized model of blockchain games, AstroGator: REBORN focuses on players’ game earnings. For this reason, GAME HOURS cooperated with a university professor to design the economic model of the game. In the game itself, plays can use NFTs to create unique items, characters, tools, and more. As NFTs grow more unique, they bring better value to game assets and can be freely transferred to a player’s personal crypto wallet for sale, exchange, or auction.

After obtaining a character (an NFT), gamers’ Reborn Astrogators can explore and gather resources in various areas of the game. Resources gathered from these explorations can then be used to upgrade characters and increase their attributes. And what’s more, new features will be unlocked at specific levels. As more levels and characters are upgraded over time, game assets can become even more valuable.

Boosting value can be done in two phases. In the first phase, players can create one-of-a-kind characters, with the freedom to mix-and-match different fashion components, explore millions of possible looks, and build their own unique Reborn Astrogator NFTs. In addition, a play-to-earn (P2E) gaming model allows players to earn rewards through idle exploration and by making chosen characters stronger. In the second phase, players are able to develop game plans with chosen characters to establish various businesses in the game, fight for resources, and even build a brand-new NFT spaceship to earn even better rewards in the game.

Specifically, gamers can explore 2 types of Reborn Astrogators—DominGator and ExploGator—with 6 rarities, which are identified by different colored-card frames. Additionally, potential profits in the game are affected by various factors, such as random encounters, areas explored, travel-distance bonuses, set effects, and so on. At the same time, a character’s stats can be enhanced by getting upgrades, changing outfits, unlocking achievements, and more.

Every Reborn Astrogator basically has different attributes, such as exploration, domination, vitality, intelligence, strength, agility, and luck. Reborn Astrogators can be upgraded using the game-generated AstroGator Tourmaline Tokens (AGTT), which are designed to help with character growth and equipment improvement. Exploration and domination automatically get attribute points when a character is upgraded. Points can also be assigned to vitality, intelligence, strength, agility, or luck to boost a gamer’s NFT value.

After such a successful initial sale on crypto.com, GAME HOURS has announced the following, including its related websites and key selling timetable:

Story summary:
In the metaverse, there is a unique family called AstroGators. Unfortunately, their planet was hit and damaged by an unknown comet, resulting in mass destruction. In order to survive, a group of AstroGators had to leave home and take the AGF-1 spaceship to the outer limits of the vast metaverse. Their mission was to find alternative resources to rebuild their homeland.

During the journey, however, their spacecraft malfunctioned and was forced to land on an island somewhere on a planet called Earth. With the help of the island’s children and “JOYFISHCAT,” a species that can only be visualized by the pure soul of children, the AstroGators began to be reborn and find hope. 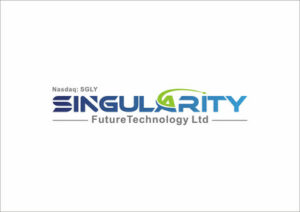