Utilizing embedded NFC chips and blockchain technology, Dussault aims to bridge the gap between digital and physical marketplace as well as guaranteeing the authenticity of each piece of the limited edition collectibles

VANCOUVER, B.C., Nov. 21, 2022 /PRNewswire-PRWeb/ — Artist and designer Jason Dussault sets to introduce his latest work ‘BOOK 1’ with a multi-medium exhibit at FOMO Gallery in collaboration with BLAH, Benjamin Lumb Art House, from November 24 until December 28th 2022. ‘BOOK 1’ is the first of a 6-part-web3-enabled comic book series, alongside a limited edition fashion collection, and one-of-a-kind sculptures set to launch this fall. The series tells the story of Jason’s iconic character, Peter Panda and his adventures through the Metaverse.

This first-of-its-kind exhibit showcases both physical and digital versions of Dussault’s ‘BOOK 1’. Patrons can step into and get a 360-view of the world of Peter Panda through an immersive, high-definition, audio-visual experience (voiced by the artist himself and award winning sketch comedy duo Amy Goodmurphy and Ryan Steele from the popular podcast Poor Lil Thing) in one room, and explore the NFC-equipped Peter Panda comic books, limited-edition Dussault graphic hoodies & tees and a collection of one-of-a-kind Peter Panda sculptures. It’s an experience only FOMO Gallery can provide.

And for the first time ever, Dussault will incorporate the use of IYK’s blockchain technology to guarantee the authenticity and scarcity of each piece being showcased and sold in the show. The unique NFC chip allows collectors to authenticate each piece using blockchain technology as well as get access to the digital version of the animated video of ‘BOOK 1’ simply by tapping the NFC chip on their book with their smartphone – no app download or camera access required. Both the authenticator and digital asset travel with the book and are only accessible to whoever owns each book. The same NFC chips are also embedded in the clothing pieces, for authenticity purposes. This technology certifies each limited-edition piece to be one-of-a-kind and is a game changer in both authenticator and second-hand art dealing space.

“Authenticity is a big issue in the art world and even bigger in apparel. I am so excited to be able to include this advanced technology into these books and clothing to not only fix the counterfeit issues in our world but to be one of the first artists to merge web3 into my work” – Dussault concludes.

A preview of ‘BOOK1’ can be viewed here. To learn more about the Dussault Inc Comics, please visit http://www.jasondussault.com/thedic/

About Jason Dussault:
The world’s most impactful art is born from the expression of internal struggle. Jason Dussault has wielded the power of that understanding and has channeled that energy through nostalgic iconography. Jason creates an homage to one of the most primitive yet connected mediums in art history, the mosaic. By combining tile, paint, grout, resin and vintage porcelain, Jason has re-envisioned a 4,000 year old craft that has spawned masterpieces and has made it his own. A true labor of love, Jason’s pieces are created over a two to four week process which he navigates on his own accord, free from assistants or interns. His dedication, curiosity and sacrifice have culminated in humbleness, the true mark of an artist. The artist has an impressive list of accomplishments and collaborations including; a commission by FC Barcelona to create a mosaic artwork of their coat of arms, where it was presented at the Rainbow Room in NYC and hand signed by all the soccer players, which was then put up for a charity auction.

About FOMO Gallery
The world’s first metaverse portal. Meshing the physical and digital worlds through art and design, FOMO Gallery is the first-of-its-kind space that creates digital assets that exist both in the physical and the metaverse using hyper-realistic 3D scanning technology. It’s also a full-service web3, VR, and 3D development studio.

About BLAH
Benjamin Lumb Art House’s continued mission is to platform and provide opportunities to emerging visual artists through residency programs, curated group and solo shows in a variety of commercial and industrial spaces. As a well-established and practicing artist in his own right Benjamin Lumb inherently understands the work of the artists he represents and exhibits and is able to curate and support the narrative, which they seek to communicate.

About IYK
IYK bridges the physical and digital worlds by using NFC and blockchain technology. IYK technology unlocks entirely new experiences that combine the tangible joy of physical items with the unique benefits and utility of the digital world.
To learn more, please visit https://iyk.app.

About Ryan and Amy
The Ryan and Amy Show, consisting of sketch comedians Ryan Steele and Amy Goodmurphy, have been successfully creating comedy content for 15 years. This award-winning duo have produced several viral videos with over 100 million views online. Ryan and Amy are Canadian Comedy Award nominees and have been a part of the JFL NorthWest Comedy festival for 7 years running.
Press contact:http://www.jasondussault.com/thedic/ 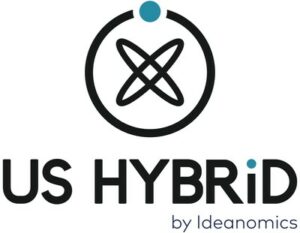 CHATSWORTH, Calif., Nov. 30, 2022 /PRNewswire/ -- With the growing adoption of the blockchain technology to develop the next generation...