Space Horizon revolutionizes the gaming and crypto Industry with its play-to-earn feature, Airdrop for beta testers, and other alluring features.

Dubai, UAE, Aug. 08, 2022 (GLOBE NEWSWIRE) — The gaming industry is expanding at a supernormal rate and so is the crypto industry. In 2020, approximately $155 billion in revenue was generated by the gaming industry which is expected to cross $260 billion by the year 2025. On the other hand, the world of crypto has a worth of more than $853 billion. The amalgamation of these two mega-sized industries is bound to revolutionize the modern world. To achieve this the first space play-to-earn game for PC, Horizon Space on the Binance Smart Chain has been launched. The game has multi-format modes. Exhilarating missions are handed to the player like fighting, exploring isolated planets, flying spaceships, and trading. Through the completion of these missions, the players can earn rewards that have real-world value.

A Novel Roadmap and Airdrop for Beta Testers

The project has an innovative roadmap that is divided into 4 quarters for the year 2022. The first and second quarters of the Roadmap include important events such as Blockchain research and Whitepaper Release. All the events in the first two quarters have been successfully concluded. The third quarter is marked by the Social Media launch and Airdrop for beta testers. So far almost half the goals in the third quarter have been accomplished. The Roadmap ends in the fourth quarter with crucial objectives like listing the SHC coin on CoinMarketCap, and CoinGecko and bridging to Ethereum, Solana, and Matic. Space Horizon has social media pages on Telegram, Twitter and Gitbook. Users are given a sublime opportunity to win great rewards with Airdrop for Beta testers. A total of 5,000,000 $SHC is to be distributed as a reward among the participants. A rare spaceship will be rewarded to 13 lucky winners while 200 others will receive 25000 $SHC each. The method of taking part in the competition is pretty straightforward. Users simply have to connect with the firm on Twitter and Telegram. The last step of the participating procedure includes joining the Space Horizon beta before 31st August. Users can further ameliorate their chances of winning by retweeting a pinned post on Twitter.

The Space Horizon is a Phenomenal game with more than 97 star systems, 279 planets and 93 quests. Players can explore new galaxies and planets each of which has its economy and government. The rewards earned are in the form of credit where 1 credit equals 1 $SHC token. Players can utilize their credits to either purchase a mighty spaceship or convert their $SHC token into $BNB for selling purposes. The story of the game revolves around an interstellar coalition being seized by a ruthless enemy, the Organic Warship of The Voids. A player, belonging to a non-military background sets about with a tiny spaceship to battle the foe. The game starts with the player opting for a planet of his choice and a role. In the Space Horizon, thwarting the enemy requires special equipment like weapons, engine, fuel tank, radar, scanner, repair, droid, gripper and shield generator. Users can purchase this equipment or receive them as gifts. PvE ( turn-based ) adventures allow one to earn wealth by performing tasks such as hunting pirates, leading operations against other alien races, piracy, and looting. This method of earning may harm relations with other alien races and may subsequently result in attacks. Another method of earning is the PvP (hyper arena) where players can earn a piece of random powerful equipment by merely predicting enemy shots and using restraining strategies.

With a total supply of 100,000,000, the native token SHC can be found on the Binance Smart Chain. The toke has been sensibly allocated with a major portion i.e. 40% being held for presale (PinkFair). For any token to thrive and become self-sustainable each transaction has a tax imposed. The company imposes a 7% tax on each transaction. From the 7%, the reward pool gets 2% of the tax, while liquidity, marketing, team, bug bounty, and burning each gets 1% of the transaction tax. Space Horizon is, without doubt, a sublime and alluring game providing play-to-earn opportunities!

To get more information about Space Horizon, visit the project’s official website or read the official whitepaper.

The “Space Horizon” is a hybrid game with different gameplays. Players explore a randomly generated galaxy, with each sector featuring multiple stars and planets. This leads to a universe with hundreds of planets, each with their own economy, government, and opinion of the player.

The “credit” is the metaverse money in “Space Horizon”. 1 $SHC = 1 credit. Users can spend earned credits on the most powerful ship, or exchange their credits for $SHC to be able to sell them for $BNB.

The information provided in this release is not investment advice, financial advice or trading advice. It is recommended that you practice due diligence (including consultation with a professional financial advisor before investing or trading securities and cryptocurrency. 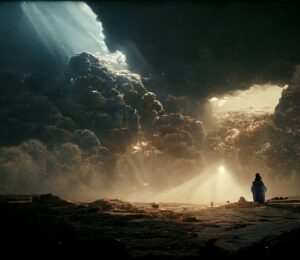 Baby Luna Classic offers a 5-second block time, low gas fee, and a source of passive income for holders of...

“Blockchain & Infrastructure 2022” will convene foremost experts and leading advocates from public and private sectors to address the future...