Newport Beach, CA, June 20, 2022 (GLOBE NEWSWIRE) — via NewMediaWire —2B3D Inc., a technology solutions firm specializing in VR, Gaming, and NFTs, today announced that it was selected by popular vote to receive investment funds from the METABILLIONAIRE NFT community. Holders of METABILLIONAIRE NFTs conducted two public investment pitch sessions via Twitter Spaces, April 29 and May 6, 2022, followed by an internal vote among the holders. The internal vote concluded today, with 2B3D pulling in the majority of support. The investment funds are part of METABILLIONAIRE’s mission to unite holders of the NFT from all around the world to learn, grow, and give back to their communities of origin.

During the April 6 live event, 2B3D CEO Rob Bell explained the company’s social mission, which includes research to reduce the symptoms of post-traumatic stress disorder (PTSD), especially in military veterans, using VR technology. Since 9/11 more than 31,000 veterans have died by self-harm; many of these individuals had tested positive for PTSD. According to Bell, early research into VR has shown extremely promising results, which is highly encouraging to the many stakeholders in the greater veteran PTSD community who have long been waiting for a game-changing breakthrough development, as pain points of the current institutional therapeutic approach are many.

“We’re gamifying [the research], and getting it out by putting that into a $350 headset that goes out to all the veterans,” Bell explained during the live pitch session. “And then we’ll be doing some good in the world.”

Many of the founding members of 2B3D have been long-standing supporters of the METABILLIONAIRE project and involved historically at various capacities, and the team was extremely eager to participate in the competition.

Bell explained, “METABILLIONAIRE is the top global entrepreneurial NFT community and a very well-respected brand and entity. It’s highly remarkable for our team and greater network to have its full endorsement of our efforts to help military veterans find peace and healing through VR therapy.”

“At METABILLIONAIRE we pride ourselves at offering only the best opportunities to our community,” said Nathan Manga Nkoy, co-founder of METABILLIONAIRE. “2B3D’s unique fusion of the NFT with the Metaverse offers something unique and inventive. Our investment competitions present only the most unique NFT projects to the community, and we couldn’t be happier with the selection of 2B3D.”
The 2B3D team is working around-the-clock and is close to announcing its initial NFT drop, to be followed by the launch of 2B3D’s cryptocurrency token. Both upcoming launches will have pre-sales, allowlists, and access for early supporters. To learn more about 2B3D, visit us at 2B3D.com or follow us on social media.

About METABILLIONAIRE
METABILLIONAIRE is the world’s first entrepreneur based NFT. METABILLIONAIRE’s mission is to unite business-minded people from all around the world; connecting, learning, growing, and giving back with one another. METABILLIONAIRE offers an educational investment platform for all of its holders to build wealth together.

About 2B3D
2B3D is a decentralized Metaverse with active and developing communities in the cryptoverse. The 2B3D Metaverse includes several projects:

2B3D’s pre-sale NFT is scheduled for later this month, followed by a token drop soon after. Dates are to be announced very soon on Twitter. To learn more about 2B3D, visit us at www.2B3D.com or follow us on Twitter at @2B3Dinc. 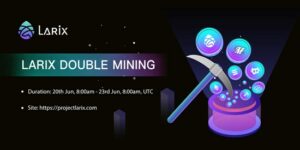 Indianapolis, Indiana, June 28, 2022 (GLOBE NEWSWIRE) -- Kennected is appealing to professionals in the domains of sales, marketing, and...

IamFuture is the emerging crypto platform established by a team of females. It launches the crypto industry's multipurpose, secure, and...

Financial and non-financial institutions will now have access to flexible and scalable technology to help customers invest and grow their...