NEW YORK, Nov. 16, 2022 /PRNewswire/ — BLOCKBOARD, a leading adtech company built with enhanced features to maximize the benefits of the programmatic 2.0 era of advertising, today announced it has appointed James Shears as the Senior Vice President and General Manager of the BLOCKBOARD Platform. In this newly created role, James will lead the go-to-market strategy for BLOCKBOARD’s platform-as-a-service offering, set to launch in Q1 2023. He will also be responsible for business development, and the immediate and future needs of all advertising clients.

“As a company, we are experiencing exponential growth and know that James’ decades of industry expertise will be invaluable as we continue to drive expansion in the years ahead,” said Matt Wasserlauf, CEO and Co-Founder of BLOCKBOARD. “James’ addition demonstrates that BLOCKBOARD is committed to expanding our footprint and innovating within the programmatic DSP space, and we could not be more thrilled to welcome him to our team.”

James joins BLOCKBOARD from Conviva, where he most recently served as Vice President of Global Business Development. His previous experience also includes leadership positions at Nielsen, Extreme Reach, Sorenson Media and The Trade Desk, where he played a critical role in bringing programmatic advertising to the CTV space. Earlier in his career, James was the Head of Programmatic and Addressable for Dish Network where he launched the world’s first impression-by-impression marketplace for linear addressable advertising.

“BLOCKBOARD is redefining an industry I’ve long been a part of, and I could not be more excited to join the team,” said James Shears. “With the most secure and transparent technology on the market, BLOCKBOARD is strengthening the relationship between the advertiser and its consumers by vetting each interaction to guarantee real human-viewed results. This process leverages blockchain technology to identify and avoid any fraudulent behavior, making it a non-issue in programmatic 2.0. I am honored to be a part of a company utilizing Web3 principles to help the advertising ecosystem prepare for the next iteration of digital advertising. I look forward to the great work we will do together.”

As a result of BLOCKBOARD’s rapid 6x YoY growth, continued expansion into new verticals, and growing list of clients, the company has also welcomed Roxanne Geyer into the executive team as the Senior Vice President of Marketing and Customer Experience, where she will work hand in hand with customers to develop creative solutions and ideas that meet their needs. Greg Srilapa has joined as the Vice President of Operations and will oversee a team dedicated to achieving client goals through the platform as well as technical operations and integrations. BLOCKBOARD has also brought on Rich Iazzetta as the Head of West Coast Sales to work with media companies and advertisers to achieve their critical needs in the CTV/OTT space.

BLOCKBOARD is a programmatic 2.0 platform that leverages blockchain technology to pre-verify every ad call, vet each impression and ensure truthful, no-waste results for each campaign. BLOCKBOARD reduces operational friction between advertisers and their consumers by ensuring accurate impressions in a cookie-less world. Founded in 2019 and headquartered in New York City, BLOCKBOARD was built on Web3 principles for the next era of digital advertising and to combat fraud in the market by bringing confidence, transparency and truthful, performance driven results to CTV/OTT advertisers. 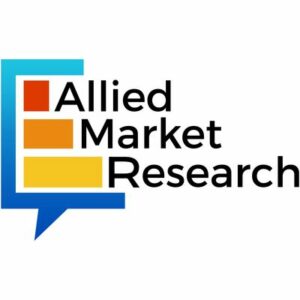