SINGAPORE, April 21, 2022 /PRNewswire/ — MAoE is a “PLAY TO EARN” game that was created on the BSC platform. In Meta Age of Empires, players will take on the role of cyborgs and embark on a journey to discover the treasures and learn more about humanity’s once-famous civilizations.

The MAoE NFT Box Sales began on April 18th, 2022. This was a significant milestone for MAoE and the game community, and it was witnessed as one of MAoE’s biggest events, attracting a large number of participants from many communities. The sales were a success for the entire team because 1000 NFT boxes were sold out within the first 24 hours, demonstrating that the game has earned its name among the gaming community.

The listing day also took place on April 20th, right after the NFT Box sales event concluded. Because of the professional gameplay and fancy interface of the game, users have expressed a great deal of interest in it. The MAoE token was successfully listed on different platforms like Pancakeswap, CoinMarketCap, Poocoin … From now on, everyone can buy MAoE here.

The mainnet version of the game was launched immediately following the listing time, which was a fantastic news for MAoE enthusiasts. This created a significant amount of curiosity among gaming enthusiasts as well as holders who are interested in the project.

The game has shown a clear and long-term roadmap from the start and it is designed to follow and catch up to the current trend. The game’s roadmap is oriented towards VR/AR development. “The team purchased 300 VR glasses for the technology team to test and introduce some of the game’s features to VR-AR; the gameplay will undoubtedly be brought to the metaverse sector soon,” Mr. Hagi Vo, the CEO, stated.

The most important thing about MAoE is that the current build is just one of the first game modes and not MAoE itself. MAoE is a whole metaverse of different games. That is to say, the project’s potential to expand itself into many different sectors, to integrate any new trend into itself should the need for it arise. Currently, the team has been working with technological partners in order to integrate a very popular trend in the world right now: MAoE will feature Move2earn and Run2earn modes in addition to being a regular Play2earn game. This will be a significant step forward in the development of MAoE, making it one of the most unique games in history.

The game’s objective is to transform MAoE into a game platform with diverse gameplay that generates cash for players. More gaming modes and multi-function NFT products will be developed in the near future. MAoE promises to make significant advancements in the project’s development as well as the day-by-day improvement of the full Ecosystem established by our developers. The path ahead may be long and difficult for the team, but let’s see how things are going to change with MAoE.

MAoE is a “PLAY TO EARN” game built on the BSC platform. In Meta Age of Empires, players will embody cyborgs, go on an adventure to uncover the treasures, and learn more about mankind’s once-famous civilizations. 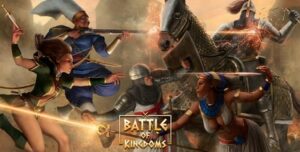