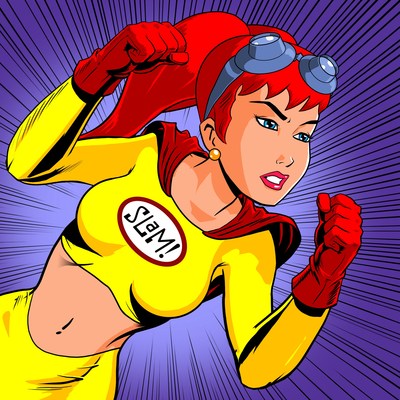 NEW YORK, April 21, 2022 /PRNewswire/ — In the year 2000, Stan Lee co-created Slam-Girl with Marvel animation and comic book artist Will Meugniot, reinventing the super hero in the form of a female parody of Spider-Man. In 2017, SLH Ltd (HK) acquired the rights to the unknown super hero character franchise and approached former Marvel Comics publisher, and Lee’s personally-appointed successor, Shirrel Rhoades, to spearhead sharing this super hero secret with the world.

Now, more than 20 years since her creation, Slam-Girl will debut to the world in the form of a limited-edition NFT collection. The Slam-Girl CYBERspace NFT Collection will offer 10,000 unique NFT art collectables based on the never-before-released Slam-Girl super hero character franchise. The collection will be curated by Rhoades, who rediscovered Slam-Girl among the creative properties produced by Stan Lee’s Hollywood Internet animation studio from 1999-2000.

“This was a historic find – that Stan created a parody successor to Spider-Man was something very few people knew. When I discovered this never-before-released super hero character among the collection, I contacted Stan’s co-creator, legendary Spider-Man and X-Men animator Will Meugniot, and enlisted his collaboration in bringing this ‘lost’ super hero to the world’s attention.”
– Shirrel Rhoades, Curator of the Slam-Girl CYBERspace NFT Collection

“Stan was always on the cutting edge of technology. Slam-Girl has stood the test of time – even more than 20 years later – and has always been a project I have wanted to revisit. I’ve been holding onto one of the best kept secrets of super hero lore, and I’m excited to finally be able to share Slam-Girl and her story with the world.”
– Will Meugniot, Co-Creator of Slam-Girl

The Slam-Girl CYBERspace NFT Collection will be offered to the public by Immortals Group (a wholly owned subsidiary of CYIOS Corp) under license from SLH Ltd. The initial NFT drop is anticipated in May and will mark the official debut and global launch of the Slam-Girl super hero franchise. Following the initial drop, the project roadmap includes additional airdrops and other utilities of value for the NFT holder including a limited release Slam-Girl digital comic book created and designed by Meugniot with special edition variant covers as parodies of some of the most valuable comic books ever sold. Whitelist details surrounding the Slam-Girl CYBERspace NFT Collection will be available exclusively via the Slam-Girl NFT Discord Channel.

About Immortals Group, Pty Ltd
Immortals Group, Pty Ltd is focused on the design, production, marketing and sales of super-hero NFTs as well as developing gamified NFTs for Play to Earn gaming. The Company is based in Australia and is a wholly owned subsidiary of CYIOS Corp, a US public company (ticker: CYIO). Immortals has teamed up with Hong Kong-based SLH Ltd, a company that acquired the creative assets of Stan Lee Media, Stan Lee’s Hollywood-based animation studio. 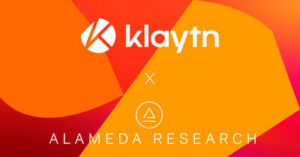